I just love meetups and networking, especially when there’s someone different and engaging out in front and talking about an issue I care about. While there often seems to be an excess of events in Dubai, there’s few that offer a real chance for us to learn something new, understand different perspectives, and engage in a meaningful conversation.

Supported by TECOM, the good people at Digital Ape and Dubai Eye Radio’s/Zayed University’s very own James Piecowye have come together to bring a global phenomenon to the region. Creative Mornings is a simple idea; you bring in an engaging speaker to talk to the local creative community in the morning. There’s lots of coffee and some great talks followed by fascinating question and answer sessions with the audience.

The Creative Morning formula is simple. There’s one every month and they’re held on the third Thursday of every month from 8am to 9am in the CNN building in Dubai Media City. So far, we’ve had four Creative Mornings in Dubai, each of whom has shared their particular insights on issues such as the climate of creativity, the challenges of success and following your own dreams (the session was imaginatively called It Might Get Ugly), the links between education & art, and taking chances & finding your passion.

As you’d imagine from a radio host, James is a wonderful MC (if you don’t know him, go and search Google for Hawaiian shirts in Dubai). The team at Digital Age, including Haifa, Paul, Alia’a and Maria are the people behind the cameras, who make everything happen in terms of supporting with speakers, with the on-site arrangements and the production work – they also work on the social media including the Facebook page. You can also follow their Twitter feed which is @CM_Dubai.

The dream team at Creative Mornings Dubai! James is in the colorful shirt.

The glass bowl at Creative Mornings Dubai. The event is all about sharing ideas and learning about new insights.

In January the audience was hooked on the talks given by Nayla Al Khaja and Omar Al Busaidy and their views on getting ugly! 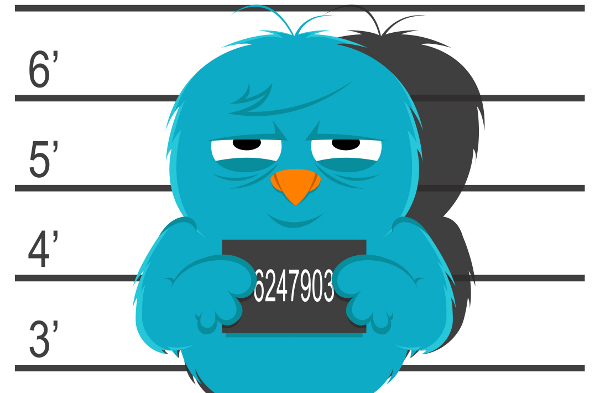 Despite social media’s reputation for negativity (and getting people jailed in our region), Twitter and other platforms are ideal for beginning and engaging in debate on social issues (image source: lawrencewray.files.wordpress.com)

What’s exciting about social media in today’s Middle East is how the medium is being used to promote conversations organically, and without prompting from any organization. Two examples of hashtag conversations about issues of national interest are #WhatisTheSolutionForLebanon and #ImHalfQatari.

According to the Beirut-based English-language newspaper the Daily Star, the Twitter-based conversation about Lebanon’s political issues began after a crackdown on terrorist cells across the country, which itself was spurred by three suicide bombings within the country. To quote the article:

“Don’t give visas upon airport arrival” was a very common response on the platform, alongside requests to “elect a president now” and “close off Lebanon’s borders.”

When it came to tweeting solutions to Lebanon’s pitfalls, Twitter users split between pessimists who believed that “there is no solution, Lebanon will never be a country,” and others who felt that certain recommendations would improve the situation.

One user suggested a fresh take on security raids by tweeting “[the ISF] should form a special raid unit comprised of Haifa Wehbe, Maya Diab, and Ammar Houry.”

The #ImHalfQatari hashtag was created by Dr. Amal Al-Malki, Associate Professor at Carnegie Mellon University in Qatar. Dr Al-Malki is herself both Qatari, on her father’s side, and Lebanese, on her mother’s. She began the debate after reading an article in the Doha-based Arabic daily Al Raya that suggested Qatari men are increasingly marrying non-Qatari women due to inflated demands for dowries.

The article is excellent and is well worth a read on the state of cultural affairs both in Doha and the wider Gulf in general.

Social media has been criticized by many in the Gulf as a negative phenomenon that often harms both society and individuals. However, as these two hashtags show, Twitter and other social media platforms can be used to foster a positive dialogue about issues that need talking about. 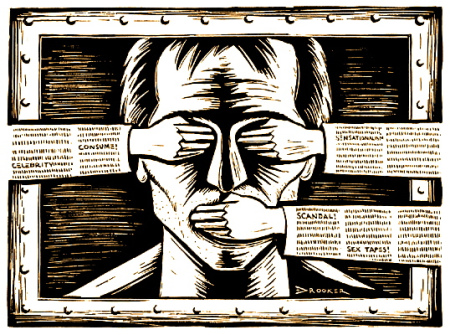 Should we as expatriates remain silent or speak up about issues which we feel are contrary to our beliefs? (image source: http://www.thewordontheword.blogspot.com/)

The past week has been an interesting one for foreign media junkies who follow affairs in the Gulf. Two articles were published in the English-speaking press which have proved to be controversial. The first was a damning piece in the New York Times on labor rights for workers hired from the Asian sub-continent to build the New York University Abu Dhabi. The second was a fine piece of investigative journalism from the Sydney Morning Herald on the subject of government subsidies for Etihad, the Abu Dhabi-owned airline.

The above criticisms in the foreign media shouldn’t surprise experienced communications professionals. Etihad is becoming a global brand with stakes in a number of airlines across Europe and Australia. Similarly, the report about labour issues relates to an American institution, New York University, and its Abu Dhabi campus. Qatar has similarly experienced negative publicity from abroad relating to the country’s labour practices following its winning of the rights to host the 2022 World Cup.

Recently, I attended a conference on the subject of corporate social responsibility. When asked about whether expatriates should tackle these issues with both governments and the national population, one of the most senior communications professionals in the region responded by saying ‘we’re the guests and so we shouldn’t tackle these issues.’

Unfortunately, the most common refrain to any comment which can be taken in a negative light is, ‘if you don’t like it, then leave.’ There’s a lack of moral courage shown by many expatriates to talk about issues which may offend, or which may get them into the bad books. Similarly, are many nationals willing to listen to the opinions of others? The concept of traditional Arabian hospitality is often talked about, a tradition that requires the host to listen to and honour the guest, but the reality on the ground is often different.

Modern societies are mature enough to take on board different voices, to learn from the opinions of others. As a person who has tried to do his part for the rights of others, I do find it embarrassing that as the people who live here in the region, we’re unable to raise these issues with our hosts in a civilized dialogue (and for those who say I’m looking to impose foreign, western standards there are many hadiths or sayings of the Prophet pbuh on issues such as workers’ rights).

Should we have the moral courage to speak on these issues, to benefit the communities and the countries with which and in which we live? Or should we remain silent? The answer, to me at least, is obvious. What do you say?

It’s not often I can say that Monday is my favourite day of the week (as Bob Geldof says, I don’t like Mondays) but this week was an exception thanks to the inaugural Social Media Forum. Arranged by the Middle East Public Relations Association, the event brought together some of the world’s largest social media names present in the Gulf including Facebook and Twitter’s local agency Connect Ads to talk shop about what’s happening in the social media world. And by the looks of it we’re addicted to social media.

The latest stats from Twitter are stunning; there’s now six and a half million active users of the social media channel in Saudi Arabia (active users are those who use their account on a daily basis), which represents a growth of 500 percent over last year’s numbers. In the UAE there’s 1.5 million users. But the highest percentage of Twitter users to a population is in Kuwait, where one in three people – one in three million – use the service on a daily basis.

While Facebook’s spokesperson didn’t reveal updated numbers about users in the Gulf region usage trends have changed thanks in part to widespread adoption of smartphones and broadband wireless networks such as 3G and 4G. The average user will check Facebook 11 times a day, up from 3 or 4 times, partly thanks to Facebook’s latest mobile applications. Sixty percent of Twitter users in the Middle East and North Africa are now using the service while watching television (the logical question would be, where are you advertisers and why are you not taking advantage of this?).

The good news would seem to be that (some) clients are now understanding social media is more than just followers, likes and retweets according to the head of analysis agency Social Eyez. One speaker at the event, the corporate communications manager for the Qatar Foundation, told the audience that a sixty hour social media activation with FC Barcelona using Twitter drove global brand awareness by upwards of 20 percent. This goal would have been unachievable with conventional media without an eight figure marketing budget. Social media has changed both marketing and communications completely, and long may our love of tweeting and posting continue in the Gulf.

If you’re interesting in seeing the best practice presentations from the event you can download the Facebook Middle East Public Relations Association Presentation here and the Twitter Social Media Forum Presentation here. MEPRA will be holding more events on social media soon, including with the Social Media Club in Bahrain and other areas of the region. For a glimpse of the event have a peek at some of the pictures below.

Despite the early morning, everyone seemed eager to engage on social media

From local to global, Wild Peeta’s Mohamed Al Awadhi talked about the reach of social media