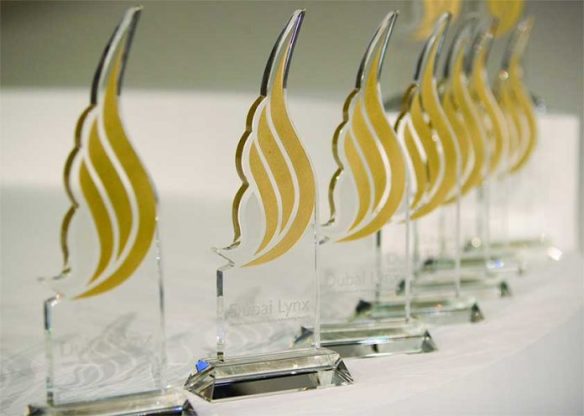 The Dubai Lynx highlighted the issues that communicators (and their marketing colleagues) will need to face up to. But is anyone listening?

For me, there were two basic takeaways from the Dubai Lynx:

The PR industry has gone through some remarkable change over the past decade. However, we’re going to see much more disruption over the short and medium term as creatives and consultancies move into new disciplines. Are PR firms ready to both embrace data and expand their own offerings? Or are we about to see another wave of industry consolidation over the coming five years? Time will tell.

Can governments in the Middle East find a way to balance control with innovation and access to data?

Someone re-found their mojo this month. The English-language newspaper The National published a number of eye-opening pieces on two issues that are often discussed, but little understood.

The first was an investigative piece (yes, I know!) on the challenges that Dubai’s Road and Transport Authority (RTA) has faced with the disruption caused by app-based taxi providers such as Uber and its local rival Careem. To put the story into context, the RTA does not only regulate taxis in the Emirate of Dubai, but it also manages its own fleet of taxis.

The piece, which is a fascinating insight into how the Emirate is not only run but also how it is looking to balance control with innovation, poses the question of how a government which controls much of the business in the country promotes innovation whilst protecting its revenues. For me, the key paragraphs in the article, written by the newspaper’s business editor Mustafa Alrawi, are below.

In Dubai, The National understands, Uber and Careem have narrowly escaped a clampdown by the regulator that would have significantly curtailed their abilities to operate. The biggest issue has been the alleged failure to maintain prices above taxi fares. On its website Uber states that “ … in Dubai, regulations require our fares be 30 per cent higher than taxi fares”.

It is understood, however, that the regulator had been planning a far stronger response to the practices of private hire companies booked by smartphone app, ahead of new regulations to address the emergence of technology-led companies in the transport sector. These regulations are expected next year, according to previously reported comments from the RTA.

It is understood that the Dubai government stepped in before the row escalated to ensure that innovative companies such as Uber and Careem would not be hamstrung by any action by the RTA. The circular is understood to represent a kind of temporary truce between the regulator and the technology firms maintaining the status quo for now.

A second article the following day in The National touched on another important issue for the country – that of statistics and control over information. Here’s the introduction:

A new law that demands companies seek government approval before carrying out surveys in Dubai could damage the property sector and discourage research in the emirate, experts have warned.

As pointed out by one of those interviewed, there’s no such thing as a data vacuum. The lack of any official data will be filled by rumours, which can prove to be much more damaging.

Professor Joseph Kadane, chair of the American Statistical Association’s committee on scientific freedom, which produces reports for the United Nations on best practice in government statistics, warned that the new law would likely lead to the spread of “uninformed rumours and uncertainty about the extent of the downturn” in Dubai’s property market.

“This will do far more harm to Dubai’s economy than allowing private surveys to be conducted and published,” Mr Kadane said. “International investors, in particular, are sensitive to the quality of the information available to them in deciding where to invest.”

Both articles touch on fundamental issues relating to innovation and data. The underlying theme is control. Governments in the Middle East have long controlled everything around them, including their economies. In today’s digital world, where innovation can come out of nowhere and where data can be created and spread in an instant, governments need to understand that the control of yesterday is no longer possible and instead look to collaborate.

And, on a final note it’s great to see good local reporting. I hope The National keeps it up.