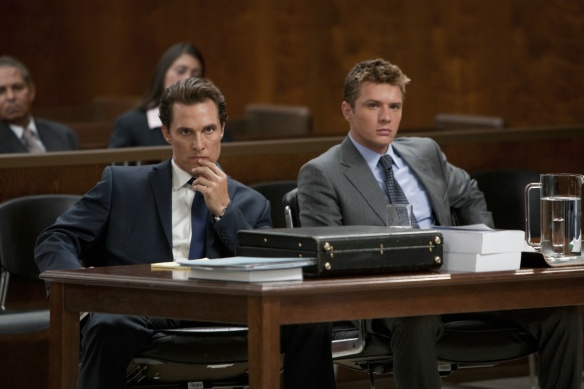 If your content is in breach of the UAE’s laws, you may find yourself in the courthouse (maybe not with Matthew McConaughey, however).

There’s few people who know more about media laws that Al Tamimi’s Fiona Robertson, who has strived to raise awareness of legislation that impacts those working in communications and marketing. I had the fortune of sitting down with Fiona, to talk content. I started by asking, what is legal and illegal when it comes to content.

Fiona: All content must comply with the print and publications law, which was first published in 1980 and then expanded upon by and executive resolution in the 2000s. This law applies to all media, and how it is distributed, including online. The other law people need to be aware of is the Cybercrimes law of 2012.

These laws include a list of issues which are off-limits, such as criticizing UAE culture, the UAE government, Islam and any subject which could bring disrepute to the country. In relation to the Cybercrimes law, the penalties are stiff, with up to 500,000 AED in fines as well as jail terms. Anyone who is prosecuted and found guilty under the 2012 Cybercrimes law and who is not a national will be deported.

There was a case a couple of weeks ago where a media outlet didn’t obtain the correct releases for material. This material was published on a website, and the two hosts of the show were deported. When these laws are broken, there are serious consequences.

Q: Are enough publishers, brands or agencies aware of these laws?

Fiona: We don’t see enough awareness that people are concerned about this. We get to do pre-publication compliance review for foreign brands, who often approach us, but not for local brands. People don’t realize the laws are there, as they’re not well publicized.

Q: Who oversees these laws?

Fiona: It’s the National Media Council, and Telecoms Regulatory Authority who have the power to block websites.

Fiona: Potentially, yes, they could be liable. Most are based outside of the UAE’s jurisdiction so it becomes difficult to apply sanctions against a foreign entity. But the TRA could block their sites for being in breach of the UAE’s content regulations, as they do with materials relating to topics such as gambling.

Q: So what should brands and agencies do in terms of making sure that content is legal?

Fiona: There’s several laws that brands, agencies and publishers should be aware of, including both the Cybercrimes laws and the National Media Council advertising regulations. Familiarity is the most important thing. I’m still alarmed by the number of people who tell me there’s no media laws here, where there clearly are. Start there, train your staff to know what the big red flags are in relation to content, so they’re picked up before the content goes into production.

There’s not only legal issues, but also the reputational issues. Today, UAE nationals will take to social media to make complaints and disparage brands. Sometimes the issue isn’t so much legal as it is reputational. An issue is better resolved before it becomes a problem.

Q: Is producing content in Arabic more difficult than in English?

Fiona: Foreign brands and producers may not understand the culture of the region well. They may not understand the reality versus perception, and we’re often asked to help review not just from a legal perspective but also a cultural one. Having said that, the biggest advertising fail in the last 12 months was Arabic language content produced by Arabic speakers for an Arabic country.