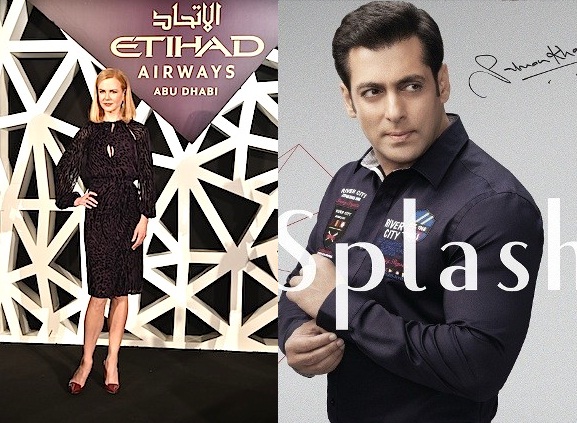 Have brand associations between Kidman and Etihad and Khan and Splash helped or hindered their respective brands?

We just love celebrity endorsements. They’re useful for building brand equity, for improving ad recall, they convey celebrity status to the brand, and help brands stand out from the pack. When done right, celebrity engagements work wonders for the brand. Think Michael Jordan and Nike or Beyonce and Pepsi.

And then there’s what we do in the Middle East, specifically the Gulf. I’ve had a number of views come my way, particularly in relation to two deals which were done recently. The first is for the Abu Dhabi-based airline Etihad. In March Etihad signed up Hollywood actress Nicole Kidman to front up its latest advertising push which focused on Etihad’s redefinition of luxury travel. You can see the video below.

A global name, Kidman is Etihad’s fourth brand ambassador from Australia (can you name the other three, or the airline’s one Frenchman and German sports stars?). The discussion comes in around Etihad’s customer groups and how much the airline’s brand ambassadors actually resonate with these groups. Despite being Abu Dhabi-based and owned by the UAE’s capital, Etihad doesn’t have a single Arabic-speaking or Arab national as a brand ambassador. It’s hard to know how much Kidman would resonate with audiences in the Gulf, but Etihad hasn’t done much to find and leverage off brand ambassadors who’d appeal to Arabs in and around the Gulf (particularly those who are likely to travel in first class).

For Kidman, the association with Etihad has brought its own risks. Just a couple of weeks after the deal with Etihad, Kidman was criticized by a flight attendants’ union, the Association of Professional Flight Attendants, following her appearance in an advert for an airline it claims treats female employees “deplorably” and operates using “discriminatory labour practices”.

While there’s always a risk of being targeted, and criticized, by a specific interest group as in the case of Kidman, there’s even more risk to a brand’s equity when a celebrity misbehaves (think Tiger Woods and affairs with adult film stars) or does something which consumers may consider to be unethical.

One such example is Bollywood filmstar Salman Khan. Khan, who is an A-list film star in India, is the face of Dubai-based clothing retailer Splash. However, over the past week Khan was found guilty of committing manslaughter in a hit-and-run accident back in 2002 (Khan was allegedly drunk and lost control of his car, which slammed into a group of homeless people sleeping on a pavement).

The editor of Arabian Business, Anil Bhoyrul, penned a strongly-worded opinion piece on the issue only this week. The piece has gone on to become one of the most commented-on pieces in the history of the online news portal.

On a roll, Arabian Business published a piece about a public backlash against Splash for their support of Khan. You can read excerpts below.

Dubai-based Landmark Group is facing a public backlash, after the CEO of one of its leading brands described convicted Bollywood killer Salman Khan as a “great man.”

Bollywood star Salman Khan, who is a brand ambassador for Splash, was sentenced to five years in jail after being found guilty of killing a homeless man while driving under the influence of alcohol. He is currently on bail pending an appeal.

Khan was appointed as a brand ambassador for Splash in 2013, and is currently featured in a number of advertising campaigns for the retailer’s products. His face appears in several large billboards across Dubai, promoting clothing ranges.

But despite the conviction, Splash CEO Raza Beig said last week: “At Splash we love Salman Khan and we will support him through every up & down. My heart breaks to find out about the verdict but as they say every great man in history has gone through some struggle to achieve greater heights so probably this is his calling. We cannot comment on the judgement and do not believe he deserves it but Allah’s will it is.”

Will this brand association and the support of Splash’s CEO for Khan turn toxic and lead to a public boycott? What’s certain is that the Splash brand will not be helped by the current association with Khan, and the CEO’s stance would appear to be at odds with the opinion of many Splash customers. There is one truth all brands need to bear in mind – the consumer is boss. What matters is not what is important to us as people who manage the brand(s), but rather what is important to them.

What do you think of these celebrity endorsements? Are they flying high or are they a damp squib (excuse the puns). Share your thoughts. I’d love to hear from you.

1 thought on “When is a brand-celebrity engagement toxic? The Etihad and Landmark stories”