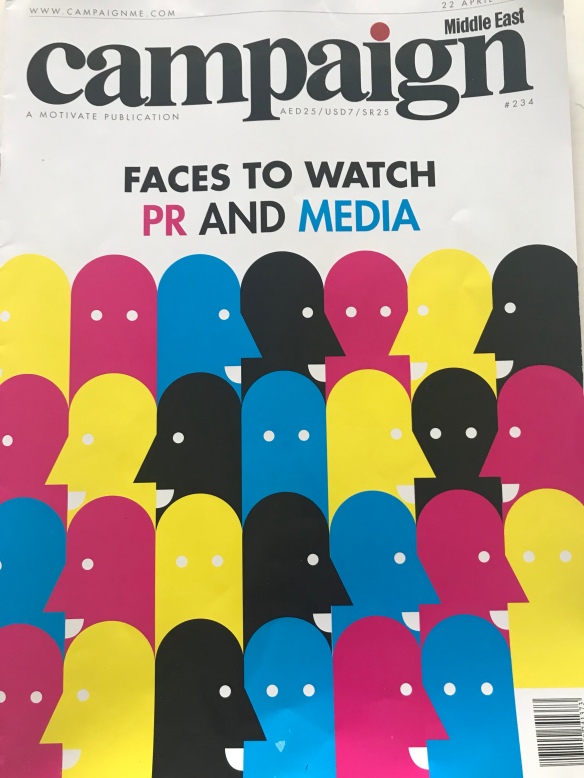 There’s many young faces to watch in the Gulf’s creative, public relations and media industries, but if you’re looking for Gulf nationals on the agency side you’ll be sorely disappointed. The industry must find ways to solve this issue of diversity and inclusion.

I’ve enjoyed reading about the future of the region’s marcomms sector over the past couple of weeks in Campaign Middle East. The publication has listed the ‘ones to watch’ in the creative, public relations and media sectors. The people featured are an impressive bunch, and just reading about their abilities, potential and experiences at such a young age (they’re all 30 or under) is inspiring.

I was struck, however, by one detail. I didn’t see anyone I recognized as a Gulf national. There was so much talent from countries such as Egypt and Lebanon, but no one from Saudi or the UAE.

For anyone based over here, it’s probably not a surprise that there’s not enough diversity and inclusion in the marcomms industry/function, especially on the Agency side (this listing was Agency-focused). While there are Gulf nationals working agency-side, especially in Bahrain and Saudi, there’s certainly not enough.

How Can We Attract More Nationals?

The marcomms industry isn’t alone in struggling to attract enough young national talent – only one percent of the Emirati labor force is employed in the private sector, compared to 60 percent in government. But the landscape across the Gulf has shifted in a number of countries. Governments in Bahrain, Oman and Saudi Arabia are heavily promoting the idea of nationals applying to the private sector. More nationals are also eager to try new fields, particularly in the creative space. Here’s my suggestions on what each party must do to change perceptions and encourage diversity and inclusion.

The Industry and National Misconceptions

Let’s begin with the agencies and private sector firms who hire (the client side). We’ve got to break down the misconceptions and stereotypes around nationals, focusing on two key points. First, there’s the issue of work ethic; for far too long, there’s been a view that Gulf nationals don’t want to and won’t work the longer hours that the private sector asks of them (governments traditionally worked from 7 or 8am to early afternoon). Second, there’s compensation; Gulf nationals have often earned more working for the public sector.

I’m not going to be naive and pretend that these issues don’t exist. In Kuwait, Qatar and the UAE there’s a high differential between private and public sector pay for nationals, as well as additional benefits such as longer vacations.

However, we’ve already seen a shift in Bahrain, Oman and Saudi, where it’s common to find a national working in marketing or comms on the client side. To their credit, some agencies such as Gulf Hill and Knowlton have always looked to hire local in these markets (they had a large roster of Saudis some years back, and they’ve also hired a number of Bahrainis). In these markets governments are both telling their nationals to look towards the private sector and reducing the compensation differential.

For many in the private sector, they’ve not even put in the effort to test if the old stereotypes are true. There’s nowhere near enough engagement with universities across the region, not enough internships for nationals, and little in the way of mentoring. These are low-cost activities, which both agencies and clients should be undertaking. At the very least, they need to look for local talent, so they can benefit from insights that only nationals can bring to the table.

The private sector is only one half of the challenge. The other is governments.  Understandably, the region has long sought to develop its own talent. The number of nationals working in the marcomms function has risen rapidly, at least on the government side. It’s understandable that many nationals, particularly in Qatar and the UAE, would want to work in the public sector – pay in these two countries is, generally speaking, much higher. Plus, there’s a preference for locals, meaning there’s less competition for positions.This has become a double-edged sword. There’s more marketing and communications jobs in government, pay is better, and there’s less competition for these roles. What this has led to is young nationals being advanced into senior roles, often when they’re not yet ready or experienced enough.

If governments are serious about developing local talent, they’ve got to change this approach to public sector hiring and instead focus on long-term development, in partnership with private sector firms. This could include funded internships, either at home or abroad, as well as engagement with industry associations such as the IABC to promote certifications and long-term career mapping (I’ll share more about this soon). What’s clear is that national communicators who have worked only in one sector are missing out on all the potential learnings and development the other can offer, including the ability to work with and learn from other nationalities and culture (diversity and inclusion is also an issue on the government side).

My advice for any young Gulf national is simple. Go and explore the private sector, understand the training and development it can offer you, and ensure you’ve tried every single option before you go into the public sector. If you’re after a challenge and you’re passionate about what you do, the money and position will follow. But if you want to be the very best you can be, and learn from a wider group of people from around the world, then moving into the private sector will be the best thing that you can do.

Likewise, we need you. We need the industry to be more diverse and inclusive (this equally applies to the public sector, where there aren’t enough expats working today), we need your insights and knowledge, and we need your understanding of the local culture, behavioral psychology, and awareness of how the Gulf’s local communities are changing. Today, we don’t have enough of this on the agency or client side. And it’s our loss. This scenario needs to change.

If you want to talk more, message me. I’m always giving my time to universities, to talk about the profession and help you understand your options. I’m happy to answer any question you may have, and point you in the right direction.