Following on from a recent post about one of my favourite journalists who covers issues related to the Kingdom, here’s a second piece for those interested in the media world of Saudi Arabia.

There are few newswires in the Kingdom (the most prominent are Bloomberg, Dow Jones, and Reuters) and the best established is Reuters. The venerable London-based news agency was the first to set up shop in Riyadh and has since expanded its bureaus to Jeddah and Al-Khobar.

Reuters has some stellar reporters working in and covering Saudi Arabia. For me, their star is the person who has been serving Reuters the longest in Saudi Arabia. Reem Shamseddine is Reuter’s main correspondent for Saudi Arabia’s energy sector and it’s a position that she has held for almost four years. During that time she’s broken every major energy story in Saudi Arabia, and in the process covering giants such as Aramco, SABIC, Dow Chemicals, Maaden etc…

Despite the size of the oil and gas industry and affiliated sectors in Saudi Arabia (the Kingdom is one of the largest oil exporters worldwide), there’s no more challenging assignment than trying to break through the myriad number of embedded public relations professionals to actually get to and report the actual story. Reem has consistently shown an ability to develop contacts and to understand the issues that are central to Saudi Arabia’s energy industry.

Reem is the type of journalist who will be thoroughly prepared for an interview and will question the interviewee on every subject. She’ll quite literally leave no stone unturned in her search for a story or piece of information.

If you’re eager to read more about Reem’s work, have a look at these articles online including interviews with the Deputy Minister for Electricity and Water and the Chairman of Saudi Electricity Company Dr Saleh Al-Awaji, an overview of Saudi Arabia’s mining sector, and of course numerous pieces with Aramco including this one on its production plans.

If you’re working in the energy or industrial sector there are a handful of journalists that you must know and deal with. Reem Shamseddine should be at the top of that list. Reem can be reached by email at Reem.Shamseddine(at)thomsonreuters.com and at Twitter on the handle @shamseddine_r 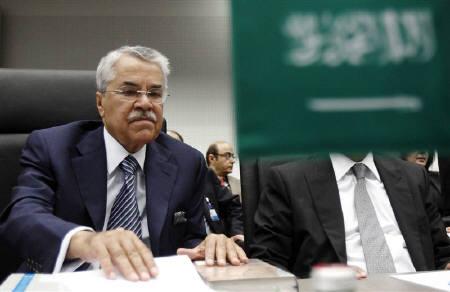