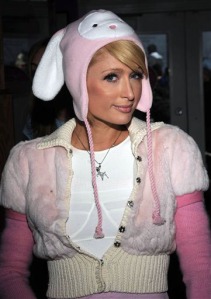 This is one of the few images that I could find of Paris which would be suitable for this blog. This isn’t her attire for the store’s opening however.

Socialite and party-lover Paris Hilton. And the holiest city to all Muslims worldwide, Makkah. These two don’t often find themselves in the same magazine or TV programme, let alone in the same sentence.

However, all of that has changed with the launch of Paris Hilton’s fifth store in Saudi Arabia. And yes, you guessed right. The store will be in the holy city of Makkah.

Ms Hilton tweeted about the opening with a picture of the store. She also added that this was her fifth store in Saudi Arabia out of a total of 42 stores worldwide. Seems we just can’t get enough of Paris Hilton over here.

Unsurprisingly there’s been a fair amount of reaction within Saudi itself. The news was first covered in Saudi by the national newspapers and has quickly been picked up by international outlets including CNN. The CNN piece, which you can read here, neatly sums up the differing reactions to the store’s opening.

The commercialization of Makkah isn’t recent. For years the city has been transformed by a host of high-end shops, stores and malls. It’s very different in another city I love dearly. Most of the old city of Jerusalem (Al-Quds in Arabic) has resisted change, and is all the better for it in terms of its spirituality and warmth.

Returning back to Paris and Makkah, what does a woman who has been embroiled in a sex tape and enjoys her party lifestyle have to do with Makkah, the holiest city in the world to over a billion people. Dare I say, this is slightly different from a high-end brand such as Gucci in the sense that Paris Hilton the person (and her lifestyle) embodies the brand. Will the news engender a debate about what is happening to a city that means so much to so many people. Makkah should be cherished and conserved. I for one hope it does. In the meantime, if you are in Makkah and you’re in desperate need of a bag do remember Paris Hilton (and say astaghfirullah while you’re doing it). 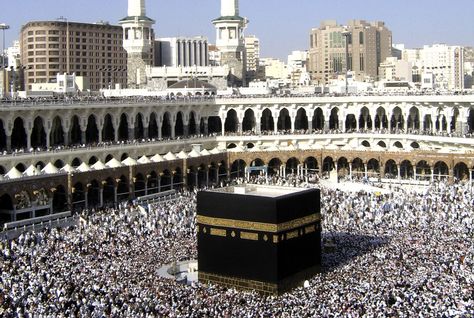 Makkah is most associated with Islam, spirituality, belief and forgiveness

PS as a PR stunt I’d have to give Paris Hilton and her team top marks for the online reaction as well as the media coverage.

1 thought on “Paris Hilton and the holy city of Makkah – where’s the synergy?”