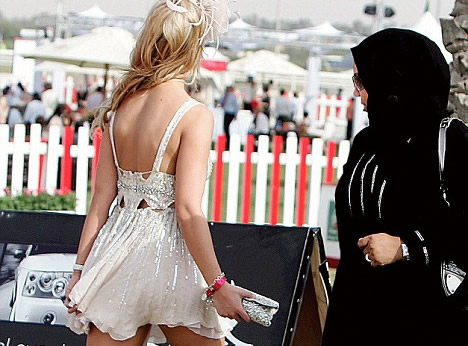 How much do you understand about and live in harmony with the culture around you?

I was reading a short but poignant piece by Annabel Kantaria, the Daily Telegraph’s journalist in Dubai. The column was about Dubai’s Brits and how today’s British expats in the Emirate are a breed apart from their predecessors (have a look at the article here).

My take on culture and our settings may be different to most, partly cause of my background and partly due to my circumstances. As a child of two cultures, I’ve always been acutely aware of the importance of the need to adapt and become part of the community within which I am living. For years my family lived in Saudi Arabia, a country that has a very distinct set of cultures. I’ve married into another culture as has my sister.

For those that aren’t from a melting pot of genes, traditions and customs I can imagine that it isn’t easy to let go of what you know so well. Is there an urge to make others adapt, to conform? You could certainly say that the walls of a compound are a way to keep out external influences.

However, isn’t there more to living in a foreign location than just a job or a salary? How much more can we enrich ourselves through adapting to the local culture and becoming part of the local community?

It pains me when I meet with people who can’t utter a word of the local language despite having lived in the country for years, and whose only contact with their environment is the food (usually hummus). Admittedly exchanges do need to be two-way; a dialogue needs two or more people to talk and listen to each other. However, someone needs to make the first move and look beyond their boundaries to understand, learn and appreciate what is different.

Despite its reputation for being a harsh place to live, I loved my time in Saudi Arabia. Why? Because I became part of the community. I spoke the language, I developed friendships and spent time with locals talking about what is important to them.

I miss that cultural understanding, that bridging of the divide between me and them. The world will be a better place with more understanding. Adapt to your surroundings, thrive in your local environment rather than simply live there, and you’ll end up calling your foreign adventure your home rather than a ‘couple of years abroad.’