Most of us act pretty sensibly all of the time. We know the limits and we tend not to cross them. An advertising creative exec should know the red lines better than anyone. Their job often involves the use of humor while at other times they will intend to shock consumers to attract their attention. Many of us will know of campaigns launched by Benetton which aim to cause offense. When such adverts are released they’re often pulled very quickly due to a wrap on the wrists both by consumers as well as national advertising watchdogs such as the Advertising Standards Authority.

I and countless others watched on over the past two weeks as one Dubai-based gym launched a series of adverts online via its Facebook site. While it was obvious that the adverts were designed to be controversial the use of an image of Auschwitz and the tagline kiss your calories goodbye was a step too far for many people.

In what seems to then have been a concerted PR campaign the Dubai-based Circuit Factory reached out to a number of media outlets in the country to apologize for the advert. The gym’s owner has explained that he didn’t see the advert, that the designer behind the advert was fired (strangely this person isn’t named and shamed), and that a donation of 3,900 Dirhams would be made to a Holocaust-related charity. The first and best article which was featured in The National can be found here.

Whether this featured in the thinking behind the Circuit Factory’s advertising or not, the question that one has to ask is why is there no advertising watchdog in the UAE, or any other country in the region? I would have assumed that the Gulf’s various ministries of information and culture would oversee the advertising industry. But despite the obvious thought there seems to be little desire to introduce such a concept in the Gulf (there are exceptions such as Dubai’s real estate watchdog vetting foreign real estate advertising in the Emirate but these are the exception rather than the norm).

Certainly, the Holocaust advert would have been pulled in the UK by the advertising watchdog. The Circuit Factory would also have been censured and could have been fined a hefty amount. Would firms think twice about releasing shock advertising if they’d be wrapped over the wrists? I’d hope so. The initial apology was released via Twitter.

The Circult Factory has certainly benefited from the free publicity. The Auschwitz advertising coverage has gone global and the owner has admitted that the demand generated by the publicity has been remarkable.

In contrast the price paid for this coverage has been virtually nil. The donation made by the gym’s owner wouldn’t even cover an advert equivalent to the space taken by a single story published in The National. I’m being cynical here, but I very much doubt that this advert was put out without awareness of the PR buzz that would be generated. I hope I’m wrong, but having worked in comms and media for so long nothing surprises me.

For more fun images from The Circuit Factory’s owner have a look here (yes, we’re giving more free PR for the company but they’re interesting to look at to get a view of why I feel this wasn’t just a mistake). And why not throw in a second classy image while we’re at it, from the Vietnam War. 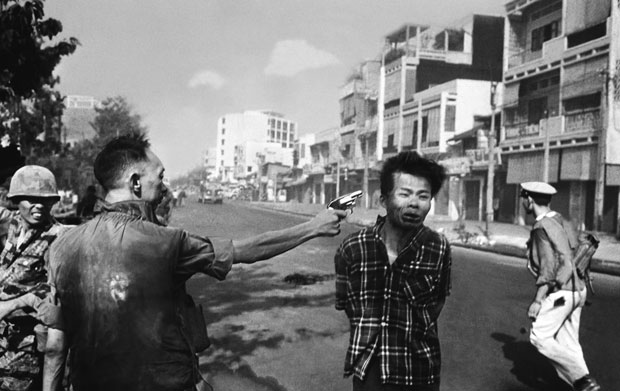