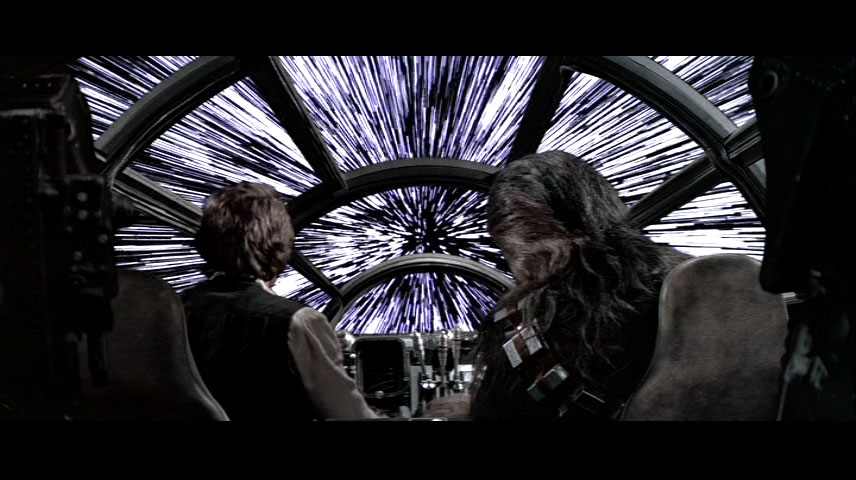 You could soon be travelling – legally – at warp speed on Dubai’s highways (picture credit: storiesbywilliams.com)

We’re not big fans of irony in this part of the world. However, one website has been trying to change that. The Pan-Arabia Enquirer, which is also known by its tag-line ‘the world’s only 7-star news source, reported on a fantastical tale, of how a Gold Class lane was to be introduced on road between Dubai and Abu Dhabi. The news piece went like this:

Drivers looking for a bit of luxury on the road between Dubai and Abu Dhabi will soon be able to take advantage of an exclusive members-only car lane when it comes into service next year.

The ‘Gold Class’ lane, which will be available for a set monthly fee, offers a full range of extras unavailable in the other lanes. Gold Class drivers will be given an extra 10kmph top speed limit, newly laid top-of-the-range gold painted tarmac and discounts at various service stations. The whole lane will also be an extra 50cm wide, and will be cordoned off from the other lanes with a red velvet rope.

This piece of news would seem absurd anywhere in the world. But even though we are in Dubai, where reality is often more outlandish than fantasy, I had to pinch myself when I read about a proposal to build a highway with a top speed of 200 kilometers per hour. The Daily Telegraph’s Dubai-based blogger Annabel Kantaria wrote a great piece on the comparison which you can read here.

I’ve taken details of the proposal, from local English-language newspaper Emirates 24/7, which can be read below:

[The concept] was announced by Major General Mohammed Saif Al Zafeen, Director of Dubai’s Traffic Police Department, on the sidelines of a press conference in Dubai on Monday.

Mohammed Saif Al Zafeen explained that the plan is to have at least four lanes in each direction and allow only those cars to drive on the highway, which can go at high speed.

He said the project will be executed after thorough study and support from the private sector.

He said this has been decided following studies which suggest that high speed alone does not cause accidents but there’re other factors involved for the rise in accidents.

He explained that there is a correlation between the occurrence of accidents and the disparity between the car speeds, meaning that accidents increase when one car travelling at 140 kmph is surprised by a car going in front at 60 kmph.

According to the World Health Authority the UAE ranked 171 out of 179 countries in terms of road safety with 37.1 deaths per 100,000 of population in 2011. The good General’s own thinking is countered by the Health Authority of Abu Dhabi which states that the the most important factor relating to the severity of road injuries is speeding.

What does worry me is the concept that a faster car means a safer road. Driving is already poor enough in this part of the world. Would you want to risk your own life by driving on a highway where the sole aim seems to be to floor it and drive bat s$#@. What is the consistency of the message here? Some government departments are saying clearly that speed kills; others painly are saying something different. For the sake of the country, I hope that Major General Al Zafeen is either an admirer of or ghost writer for the Pan-Arabia Enquirer.