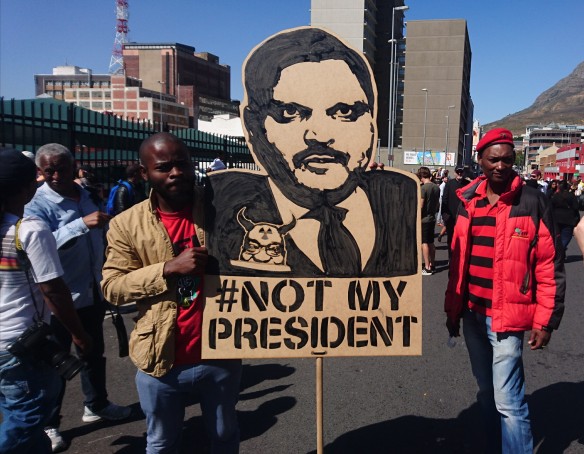 Bell Pottinger has fallen from grace due to its work with the Gupta family, but there are many other instances of ethically dubious work being done by PR practitioners and agencies.

Unless you’ve been living in a cave, with no cellphone connection and no newspaper rounds, there’s only one topic of conversation today in the PR industry. That is the expulsion of Bell Pottinger from the UK’s Public Relations and Communications Association for its work with the South Africa-based Gupta family. The agency was found to be promoting racial divisions through fake social media accounts in order to divert attention away from their client’s government connections and accusations of improper acquisition of wealth. Here’s a brief background, from the UK’s Guardian newspaper.

Bell Pottinger, one of the City’s leading public relations agencies, has been expelled from the industry’s trade association after an investigation found its secret campaign to stir up racial tensions in South Africa to be the worst breach of ethics in its history.

The Public Relations and Communications Association said Bell Pottinger was unethical and unprofessional, had brought the industry into disrepute and has banned the firm from its membership for at least five years.

The punishment, unprecedented for a firm of Bell Pottinger’s size, was handed down after the PRCA investigated a complaint from South Africa’s main opposition party that the PR firm sought to stir up anger about “white monopoly capital” and the “economic apartheid” in South Africa.

Bell Pottinger was being paid £100,000 a month by client Oakbay Capital, the holding company of the wealthy, powerful and controversial Gupta family, who have been accused of benefiting financially from their close links to the South African president, Jacob Zuma. Both have previously denied such a relationship.

The PRCA decision to investigate and then expel Bell Pottinger was announced following a complaint by the Democratic Alliance, South Africa’s main opposition party, about Bell Pottinger’s work.

There’s been a chorus of voices congratulating the PRCA for this decision (could they have taken any other route?), and insisting that the industry should follow more rigorous ethical guidelines.

What concerns me is 1) how any agency would have taken on a brief to harm others on behalf of a client, 2) why any body would need a complaint to be made to take action when the information was in the public domain (the story broke in Spring of this year, and we’re now into September), and 3) why is this particular case being highlighted when there’s a myriad of other client-agency relationships which should be under the spotlight.

Let me spell out some of the ethically-dubious issues that are there for all to see. We have the US Special Counsel Robert Mueller who is issuing grand jury subpoenas seeking testimony from public relations executives who worked on an international campaign organized by former Trump campaign adviser Paul Manafort as part of his investigation into the alleged Russian interference in US elections, a whole raft of PR agencies and lobby groups working for governments with poor to nil human rights (a recent example is APCO and the Egyptian government), and agencies working with firms who impact public health. Bell Pottinger’s founder Tim Bell has an interesting CV; he’s worked with the Pinochet Foundation, Syria’s First Lady Asma al-Assad and Alexander Lukashenko, the Belarusian dictator.

The industry has historically had a reputation for spinning. The father of PR, Edward Bernays, was long associated with the tobacco industry. Anyone who has worked in the industry in the region will know of the role that Hill & Knowlton played in pushing the United States into the first Gulf War through the use of a fictional story about dying babies. More recently we’ve seen agencies use fake digital and social media accounts to discredit groups, corporations or countries on behalf of clients. I could go on…

We have to face up to the fact that the PR industry has an ethics problem. There are far too many agencies who will take the business if the cheque has enough zeros. For an industry that trades in reputation above all, we have to take a far stricter stance on ethics, at least at an agency level. While I applaud the PRCA for what it has done, this is only scratching the surface. We shouldn’t start patting ourselves on the back when the job to clean up the industry has only just begun. 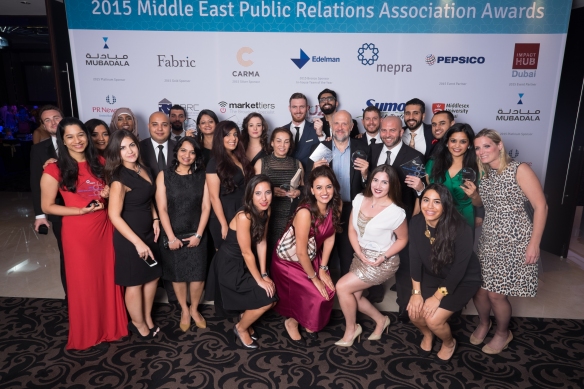 There’s nothing better than being recognized for your communications work. Just make sure you’re focusing on these three key points.

As a judge, what do I look for? What is, to me, an award-winning campaign? There are three basic points:

If you can get each of these elements right, you’ll stand a good chance at winning an award, no matter the competition. So go and do your good work, and be recognized for it. Good luck, bon chance and bil-tawfiq, especially to all those entering into the MEPRA Awards today and over the past couple of days.