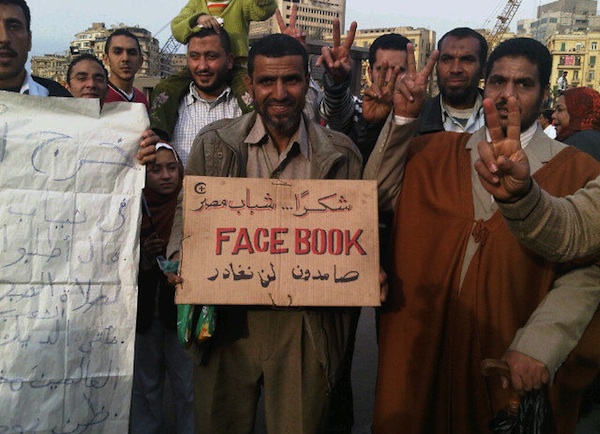 Yes, we Arabs have adopted Facebook as our own (image source: muslimscrisisgroup.wordpress.com)

Most of us in the region already know how effective and powerful Facebook is. The social media site played a prominent role in the Arab Spring, particularly in Egypt, and its popularity has endured in the face of challenges from other services such as Twitter and YouTube (I’m not even going to mention Google+ in the same sentence).

Facebook released some figures this week about the site’s usage in the Middle East. According to Facebook’s head of MENA Jonathan Labin over twenty eight million people in the Middle East and North Africa are using Facebook every day. Fifty six million use the site every month and of those thirty three use a phone or tablet device to check their profile. Fifteen million people access the site on a daily basis from their mobiles.

I’m going to give you a little more insight into a couple of different regions: Saudi Arabia; Egypt; the GCC; North Africa, and the Levant. The below figures, which were compiled last month, give a good deal of insight into gender split, age, marriage status, number of friends and page likes, access methods, and interface usage. If you’re a marketer in this region and you’re not using or leveraging Facebook (especially on mobile) then start rethinking your advertising and communications approach.