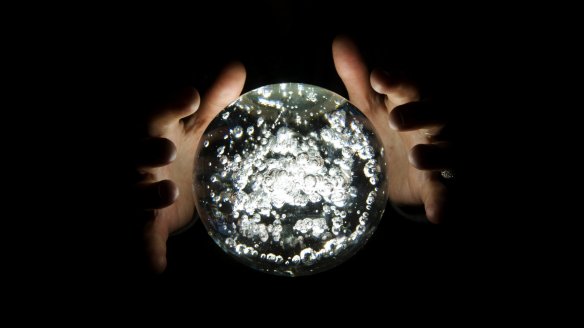 It’s no understatement to say that 2016 was a shock to the system. We’ve faced political upheavals, the rise of populists and the proliferation of fake news, and that’s just for starters. The Middle East region has been impacted by continuing conflict as well as financial belt-tightening caused by low oil and gas prices. Needless to say, 2016 hasn’t been the easiest 12 months for many communicators.

So what do we have to expect in 2017? Looking into my crystal ball, I see  a number of issues that will grow in prominence. Here’s my take on them:

The rise of populist politicians isn’t anything new, but their use of social media to communicate directly with their publics, eschewing traditional media, is something brands will have to deal with. We’ve already seen how Donald Trump is impacting brands in the US (examples include his tweets on Boeing and Lockheed Martin, which have wiped billions off company share values).

The F-35 program and cost is out of control. Billions of dollars can and will be saved on military (and other) purchases after January 20th.

Communicators will need to work out how to deal with this new type of political interference. They’ll need to improve their online engagement, using the same social media tools as these politicians (Twitter, I hope you realize how much of a god-send Trump is for your platform), as well as espouse brand values that stakeholders believe in and want to defend.

There’s a danger here that brands will retreat into communicating in the same populist language as the politicians, or simply keep quiet and hope that the storm will pass them by. I hope that brand owners and communicators will instead engage on issues with a purpose and positive values.

Whether we like it or not, fake news is here to stay. The year that was 2016 saw fake news become a cottage industry, with ‘content producers’ in places like Macedonia spewing out false stories which went viral through social media and which generated thousands of dollars of ad revenues. Much of this fake news was focused on politics; this is likely to change in 2017, with fewer key political votes. Instead, we’re going to see more fake celebrity news, as well as fake news in languages other than English. This may play into regional conflicts. Brands need to be aware of what is being said about them, especially in Arabic, Farsi and other regional languages.

Whether you like it or not, 2016 was the year of Social Influencers. This trend is set to continue into 2017, particularly with Snapchat having opened up an office in Dubai, and with brands/organizations realizing that they have to do more to engage with stakeholders online. Expect there to be more questions around online metrics such as reach, engagement and, most important of all, return-on-investment. Also expect that the cost of working with social influencers will rise, particularly in locations such as Dubai, Kuwait and Riyadh.

I hope that brands will start to think differently about the type of social influencers they’d like to work with, and begin nurturing relationships with real fans with smaller followings rather than purchase engagement through influencers who have large followings but who don’t necessarily understand or love the brand. In other words, we need to rethink what social influencers are and what they mean to us.

This is a perennial favorite, but we’re going to struggle to underline the value that we bring to our organizations in 2017. Why? Because of an inability to link our outcomes to organizational objectives for many of us, partly due to a lack of awareness/understanding about the need to leverage measurement values. We’re also lacking a universal definition of what we do and globally-accepted certifications that prove we can walk the talk. The Global Alliance is working hard on the first issue, and others such as the CIPR and IABC are pushing ahead on the second. However, we’re still going to struggle with proving our worth to those that we work with and others that we need to work with.

There are a number of others who have shared their own views. Wadds has a longer list which is a fascinating read (you can see it here), and Omnicom’s David Gallagher has written down his own thoughts on the issues we will face in the year ahead.

What are your thoughts. What challenges will we see, and what are you looking forward to in 2017? I’d love to hear from you.