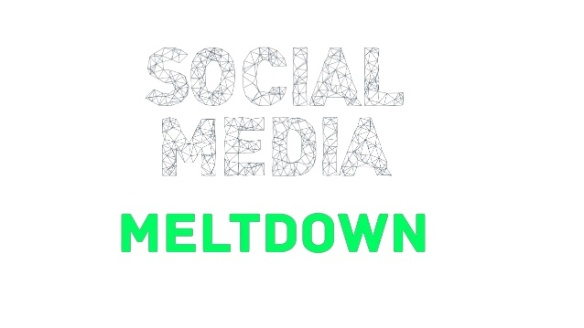 Disclaimer – There is foul language below (though not from me).

Social media isn’t all it is cracked up to be. True, you do get paid for being online and on Facebook, Twitter, Instagram, Snapchat, YouTube… But, you’re the voice of the organization. As such, you have to be on best behaviour at all times, to ensure that the company is represented in the right fashion. One wrong Tweet and you’re going to get called out for it.

Well, this is a call out for @soukonwheels and @soukonwheels1 (this account is now closed). The person who was handling the account did something which was pretty rude yesterday. And unfortunately for them, they did it to a journalist. Nick Rego isn’t your typical hack either, he’s the ‘dahlink of Twitter’. An open question from Nick about shopping for clothes was followed by the person handling the account jumping in (the brand sells fruit and veg), which Nick didn’t appreciate.

UAE gents of Twitter, where do you shop online for things to add to your wardrobe? Tweet me!

However, the response really wasn’t called for: 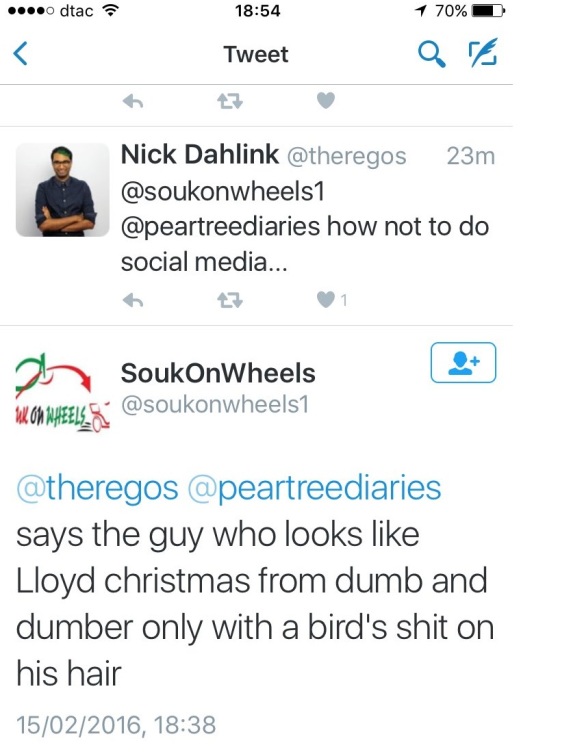 How not to win friends and influence people online…

Kudos to the brand which apologized for the tweet (I do hope they apologized directly to Nick). But really, do you want to be a social media manager? Think carefully, very carefully before you say yes.

And before I forget, there’s a couple more pointers:

1) Once you’ve posted something online, it’s online. If you don’t want it copied, shared or saved, then don’t post it online. And if it offends your mom, then definitely don’t post it online.
2) The community will always do a good job of policing itself, by rallying around and calling out those who offend. This will damage your brand.
3) We all make mistakes. Learn from them, change how your accounts are managed and come back stronger.