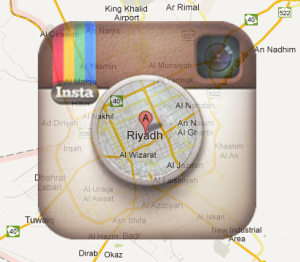 Instagram has been a huge hit in Saudi, especially among the Kingdom’s youth. How will Instagram’s comms team reach out to these groups? (image source: http://sustg.com/)

Client wins can often make interesting reading, especially when the brand is a household name. Last week was no exception, with the Dubai-based House of Comms winning a brief to represent Instagram in the UAE.

The news caught my attention for a couple of reasons. Firstly, House of Comms is enjoying remarkable success; the agency which was founded in 2012 has expanded rapidly, picked up a host of big name clients and won numerous awards for its work. The agency’s growth reminds me of the rapid rise enjoyed by Dabo & Co (which was eventually bought by Edelman). House of Comms does have an affiliate network across the region, including in the Gulf.

What struck me was Instagram’s choice of market to enter into. While the UAE is the regional public relations hub of the wider Middle East region, I would have thought that the company would have taken a more regional approach to public outreach (Editor’s Note: the agreement with House of Comms is for the UAE, but also includes advisory work for other markets). For instance, the first market to embrace paid influencer marketing, particularly on Instagram, was Kuwait. In terms of numbers on the platform, Saudi is the largest country in the region by far, with a greater number of users than the UAE. Egypt is another key market for the picture and video service. If you’re looking for details on Instagram usage, have a look at the stats below from the second quarter of 2015 from an earlier blog.

In addition, there’s the parent brand to think of. Instagram is owned by Facebook, which has its own PR agency in the region (which is regional). Up until recently, that agency was supporting Instagram. So, why the change? Would having two agencies for the two brands help or hinder media outreach, especially when Instagram is known as a Facebook product?

While the agreement is only for the UAE, I hope that Instagram, one of the most popular social platforms in the Middle East, expands its regional approach to engagement. The Instagram team should have oodles of data to look at when it comes to usage in each and every different country, and they’d be smart to look at Twitter’s model of engaging with influencers to get them onto the platform. Let’s hope that as a digital business, Instagram takes a data-based approach to engagement in an emerging market and work in key markets, rather than follow the much traveled path of using a hub to work remotely instead of actually doing the hard work and going in-country.